Ridiculous elves and wingnut goblins battle over territory and the acquisition of magical power! This is a simple and nimble game, a variant of capture the flag where each team has slightly different powers and territories to start. The following backstory is there for flavor, you can play with it as much or as little as you like, but you need no experience in live action tactics or theatre to have fun and enter our world quickly! 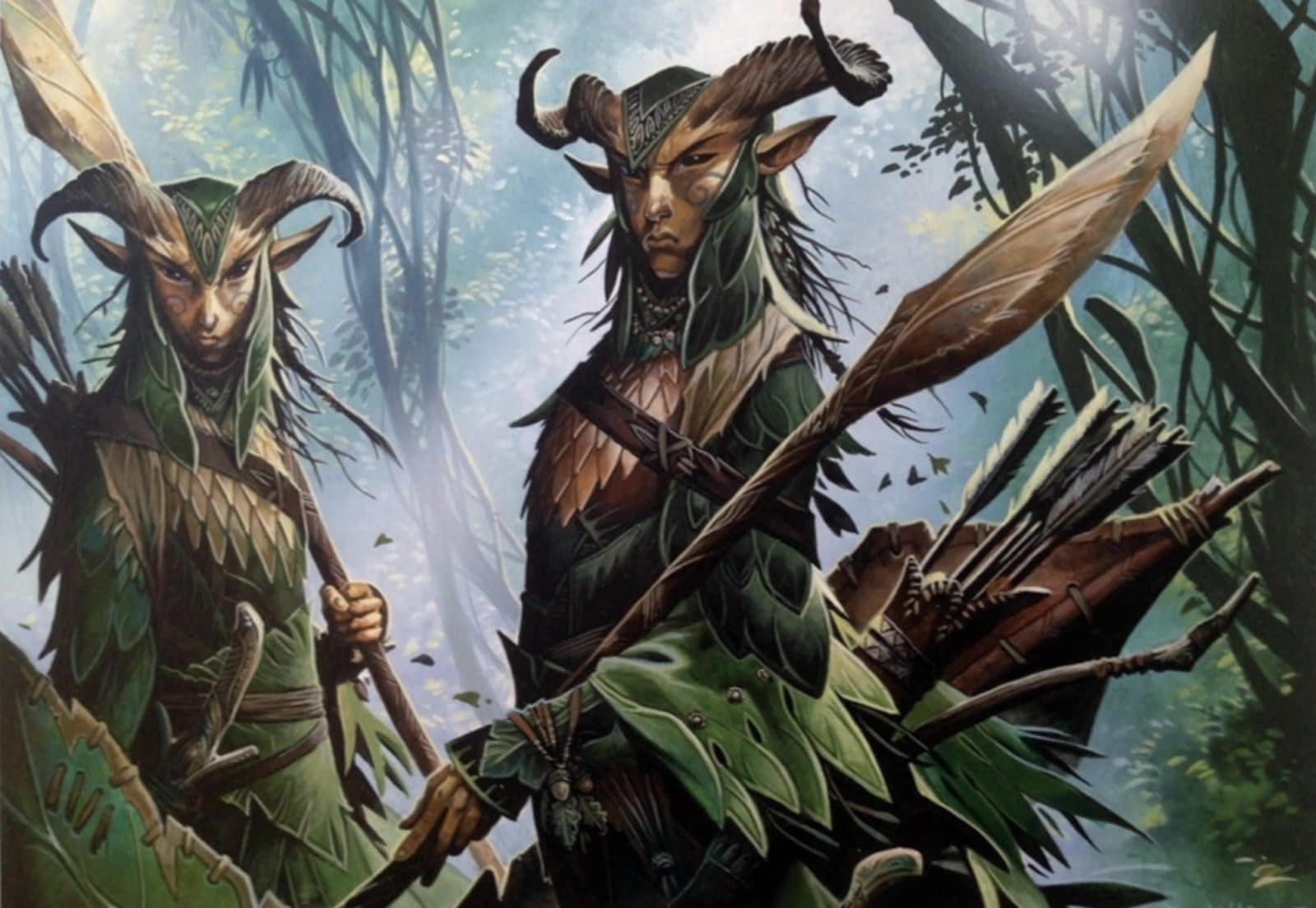 Register Here!
Click for The Marches of Nagooth Backstory

Two hundred and eleven years ago... it had been postulated among The Realm's most learned mages that ley lines of deep magical power must expand like a web from nexus points yet undiscovered in the wildest parts of The Realm. And so multitudes of The Realm’s most ambitious and power-seeking mages disappeared in search of the mythical ley lines, never to return... except one. A certain Sage-Lord Aelfrith confirmed the existence of ley lines deep within the Marches of Nagooth. But before any of the reports could be read beyond Aelfrith's immediate coterie, a great cataclysm struck and Humankind disappeared forever from The Realm. Aelfrith’s reports were buried in ruin among the tossed stacks of the lost Duchy of Duckforth.

Some twelve years back... a young and sporting band of goblins who had renounced the Great Sahn of Goblinkind, marauders and spell-tricksters all, re-emerged from the Absolute Wild to which they had fled. This plucky band of prestidigitous dart-chuckers discovered Aelfrith’s reports while mucking about in the ruins of Duckforth. It took some fatal experimentation but evidently the Snôtling spell-tricksters succeeded in interpreting Aelfrith’s notes and locating the mythical ley lines. They attempted to summon an underworld lord by the name of Maghrek, but in their spirited incantations the Snôtlings, being as notoriously undisciplined as they were enthusiastic, succeeded in tearing open the fabric of space and time. Their Lord of Ooze failed to make any appearance but did manage to dreck upon the Snôtlings before his trajectory was short-circuited and the great pulsing ley lines dumped a fantastically wild array of peoples, relics, structures and lands into the backwater Elvish principality.

Two years to this day... an Elven knight from Nagooth on a hunting trip in the Marches sighted unusual goblins along the borders of the Absolute Wild. They were brandishing strange and evil-looking tubes of metal in a manner that threatened the young knight and sent him turn-tail galloping towards home. Embarrassed, the knight was forced to admit under Elvish torture techniques that while fleeing the Snôtlings their tubes discharged frightening beams of multicolored fire; his mount’s hindquarters bore the marks to prove it. The Margrave of Nagooth, not impressed with her knight, was nonetheless intrigued by his report and sensed power for her taking. She had the reporting knight disglottled and declined any consult with the High Emperor before sending several of her own vassals to explore. Abandoning all protocol she planned to lay claim to whatever she could of these new lands and perhaps get her hands on some of those little Snôtling fireworks.

Now... intensely rifted lands in the Marches of Nagooth are being claimed by both renegade goblin and backwater elf. Separate bands of Snôtlings and Nagoothniks have set up camps upon the borders of ancient and powerful magical ley lines and they have begun meddling about in a bath of raw magical power while they try to negotiate complete control of the surrounding territories.

Will some backwater elf or half-mad goblin control and master these tracts of magical lands before either the High Emperor of the Elves or The Great S’ahn of Goblinkind discovers the unauthorized intrusions? Will you help them do it?

About Adventures in Cardboard Game Days

Our Game Days are a one day smorgasbord of Adventures in Cardboard's crafting, theater and live action strategic games. Think Risk or Stratego, but played on your feet and where the playing board is several square miles of parkland divided into mythical provinces. You can work as a team or strike off on your own. Territories can be found, captured and defended and are often populated by mystical characters. Ancient relics can be found in auspicious wild places and used with amazing magical effects.

The action in all of our games ranges from sportingly competitive to creatively improvisational. Whether kids like to dive into mock battle or wander peacefully about The Realm looking for hidden magic treasure or fantastic creatures to converse with, they will find something they love while immersing themselves in a beautiful natural setting.

In the first hour of your game day our artists will help teams create the basic equipment you will need to strike off on your own in a dangerous realm, capable of brokering mortal decisions in the blink of an eye. Typically this starts with a sword and shield, but may branch off into any fancy.  After practicing the rules of Safe Sword Tag, we quickly dive into a game of strategic capture the flag, with a layer of theatrical role-playing woven in to affect outcomes based on how the kids interact with each other, how they interact with characters they meet and how they use any magical relics found along the way.

Finally, every game has a different story. Sometimes we get quite fanciful with the backstory and tie it all into a much larger history that is always developing in The Realm. This is a history you can add to by your actions and deeds if you like, but you can also utterly ignore it. Some players focus on tactics and strategy exclusively, some just want to walk around with their newly crafted sword and duel whomever will accept their challenge, some like to explore for relics and others get quite theatrical with characters while they look for counselors or other players to interact with. Yet it all blends together quite well and most often everyone finds a way to be part of the whole! 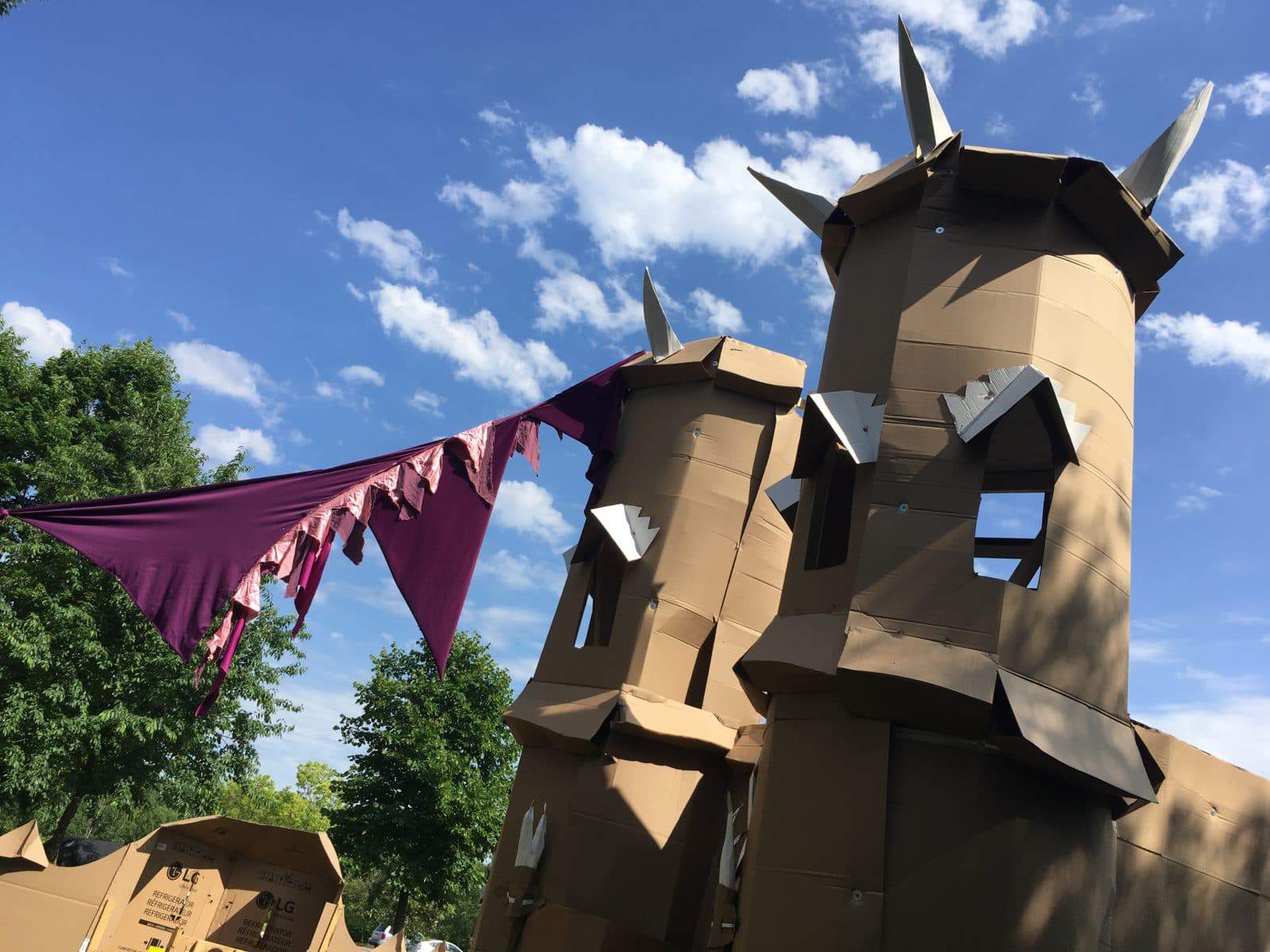 a small part of one of our castles in Minnesota, Summer 2019.
Scroll To Top